Dr. Danielle Cadena Deulen is a professor, poet, essayist, and podcast host. She teaches poetry and creative nonfiction. She is the author of three books and a chapbook: Our Emotions Get Carried Away Beyond Us, which won the Barrow Street Book Contest, American Libretto, which won the Sow’s Ear Chapbook Contest; The Riots, which won the AWP Prize in Creative Nonfiction and the GLCA New Writers Award; and Lovely Asunder, which won the Miller Williams Arkansas Poetry Prize and the Utah Book Award. She served as the 2007-2008 Jay C. and Ruth Halls Poetry Fellow at the University of Wisconsin-Madison. She has been the recipient of an Oregon Literary Fellowship, The Renjen Prize for Faculty Excellence, an Ohio Arts Council Individual Excellence Award, and three Dorothy Sargent Rosenberg Awards. Her poems and essays have appeared in many journals, including Fourth Genre, Shenandoah, The Kenyon Review, The Utne Reader, as well as several anthologies, including Best New Poets, and After Montaigne: Contemporary Essayists Cover the Essays. She is co-creator and host of “Lit from the Basement,” a literary podcast and radio show. You can find more information about her at her website.

Our Emotions Get Carried Away Beyond Us (2015) raises questions about how Western philosophical and sociological structures perpetuate a culture of violence in America. The title was taken from an essay by Michel de Montaigne, who writes, “We are never ‘at home’: we are always outside ourselves. Fear, desire, hope impel us toward the future; they rob us of feelings and concern for what now is, in order to spend time over what will be—even when we ourselves shall be no more.” The book both upholds and challenges this idea, showing how the realm of emotions—of irrationality, of imagination—is the source of violence and beauty, destruction and creation, war and art.

American Libretto (2015) includes traditional lyric poems as well as lyric essays that take their titles after essays by Michel de Montaigne. Like Montaigne’s essays these poems juxtapose stories of personal experience with philosophy, politics, and ancient knowledge, moving from point to point by associative leaps rather than carefully arranged logical arguments. The image of fire recurs throughout as a metaphor for both destruction and renewal. The most prominent theme in the book is that of “awakening,” as the speakers of these poems always seem to be “waking to the light of our failures,” determined to see the world more clearly—to get the story right.

Chosen by Luis Alberto Urrea for the AWP Prize in Creative Nonfiction, my first book of personal essays, The Riots (2011), draws mostly from personal experience and explores the attractions and dangers of intimacy—how ideas of class, race, gender, and disability construct social and psychological barriers within close relationships. Structurally, the essays in the collection are diverse, alternating traditional narratives with what I call “still life” (brief lyric essays) and collages that characterize a particular time, place, and sensibility.

Lovely Asunder (2011), the title of this collection is from Gerard Manley Hopkins’s poem “The Wreck of the Deutschland.” Hopkins uses the phrase to describe starlight in a poem about the drowning of five Franciscan nuns. I amplify and modify this description to include other bright yet tragic female figures of western religion and myth (Eve, Lilith, Joan of Arc, Persephone), as well as other unnamed female speakers. To keep cynicism or darkness from overwhelming the collection, I strive for an emotional abundance and imagistic embellishment that echoes the lost paradisal opulence for which the speakers of the poems yearn as they move through the contemporary world. 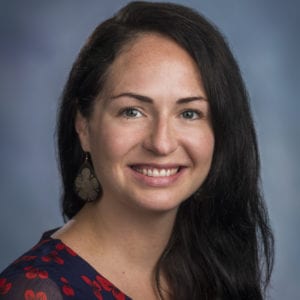